Many studies have found hypnotherapy and self-hypnosis to be a fast, cost-effective, non-addictive and safe alternative to medication for the treatment of anxiety- and stress-related conditions.
Contact by Email 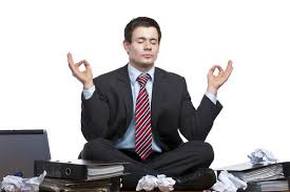 HYPNOSIS FOR STRESS MANAGEMENT - STATS & RESEARCH
Many studies have found hypnotherapy and self-hypnosis to be a fast, cost-effective, non-addictive and safe alternative to medication for the treatment of anxiety- and stress-related conditions. For instance, according to Donald Robertson's article (Hypnosis Research & Evidence, 2004), “in a research study involving over 100 patients suffering from stress-related conditions it was found that 75% felt their symptoms were improving after 12 weeks of self-hypnosis practice, within one year 72% of the group reported complete remission of their symptoms as a result of the self-hypnosis (Maher-Loughnan, G.P. 1980, “Hypnosis: Clinical application of hypnosis in medicine', British Journal of Hospital Medicine, 23: 447-55).”

Stanford Health Care acknowledges hypnosis as a viable treatment for several conditions, including stress and anxiety; so does the Mayo Clinic.

OTHER AVAILABLE STUDIES:
- “Kuttner (1988) found that a Hypnotic approach emphasizing storytelling and imagery was significantly more effective than behavioral techniques or standard medical practice in alleviating distress during bone marrow aspirations in young children with leukemia.”

- “Hypertensive subjects were found to have characteristic patterns of increased cerebral blood flow that were most marked in the left hemisphere. During Hypnosis, they could reduce cerebral blood flow more dramatically than could normotensive controls. The changes noted in this research by Galeazzi (1982) were associated with decreases in vascular resistance and diastolic blood pressure in the rest of the body.”

- “Friedman and Taub (1977, 1978) reported the results of a trial comparing Hypnosis with biofeedback or a combination of both in essential hypertension. At the end of four weeks of treatment, all groups showed a significant reduction in blood pressure. But at six-month follow-up only the patients receiving Hypnosis had maintained the reduction.”

- “Generally speaking, literature review supports the value of Hypnosis in analgesia and stress reduction in a number of disorders, whether following the dissociative formulation (Miller, 1986) or a social psychology approach (Noland, 1987).”

NOTE: I have found no contraindications of the use of hypnosis for this condition. However, hypnotherapy should not replace care and treatment provided by a medical professional.

REFERENCES:
Hypnosis in the treatment of anxiety- and stress-related disorders
﻿http://www.ncbi.nlm.nih.gov/pubmed/20136382﻿

Research: The Effectiveness of Hypnosis
http://www.counselorsassociated.com/lifechange3b.htm
The Ragi Center for Self Awareness • Tel.: 407-792-1634 • Orlando, FL • Email: theragicenter@yahoo.com
Powered by